Outernet Library Branch – Wave Farm: Library Book, 2016. 8.5 x 8.5 x 1 in., 200 pages, edition of 1 contained in a weatherproof case housed under the east seat of the Outernet Library Branch – Wave Farm structure. The book is the only physical document in this library branch and contains over 180 images of libraries, including: real libraries, fictional libraries, libraries depicted in film and television, and libraries as art projects. Other documents in this library branch are digital, have been received as transmissions from the Galaxy 19 satellite in geostationary orbit, and can be accessed by a wireless device using the branch wifi access point. More info here. 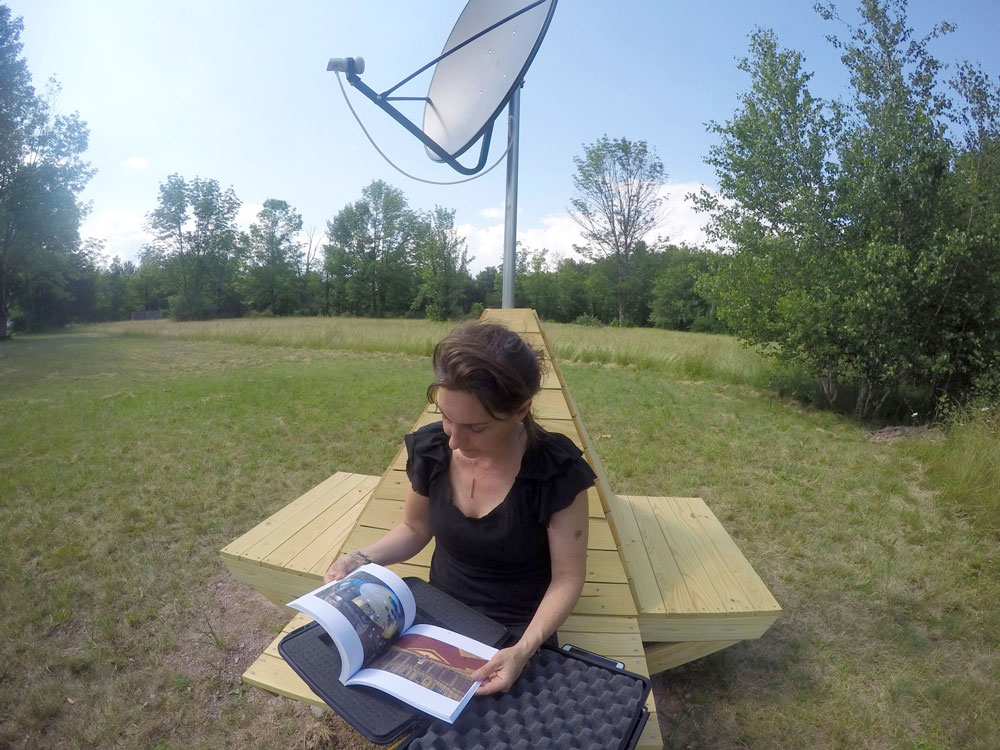