I created a series of antennas in the form of beachballs for temporary installation on the beaches of Southern Florida. The antennas were a site-specific response to the environment and conditions in and around Miami, and were used to receive image transmissions from orbiting weather satellites directly from the beach. If beach visitors were passing by at the same time as a satellite, they could view images of the earth being received using the beachball antenna, line by line, on the attached computer. 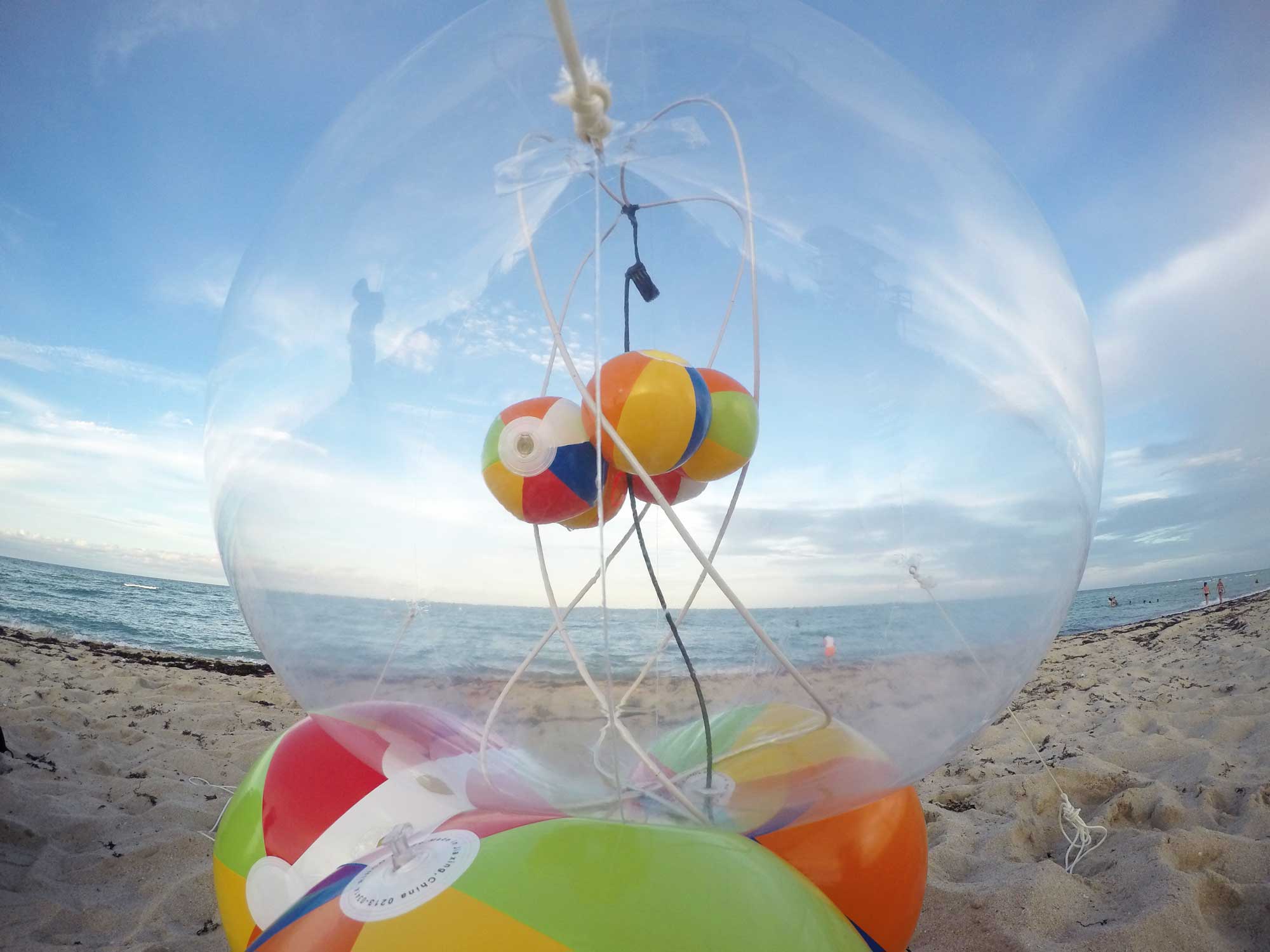 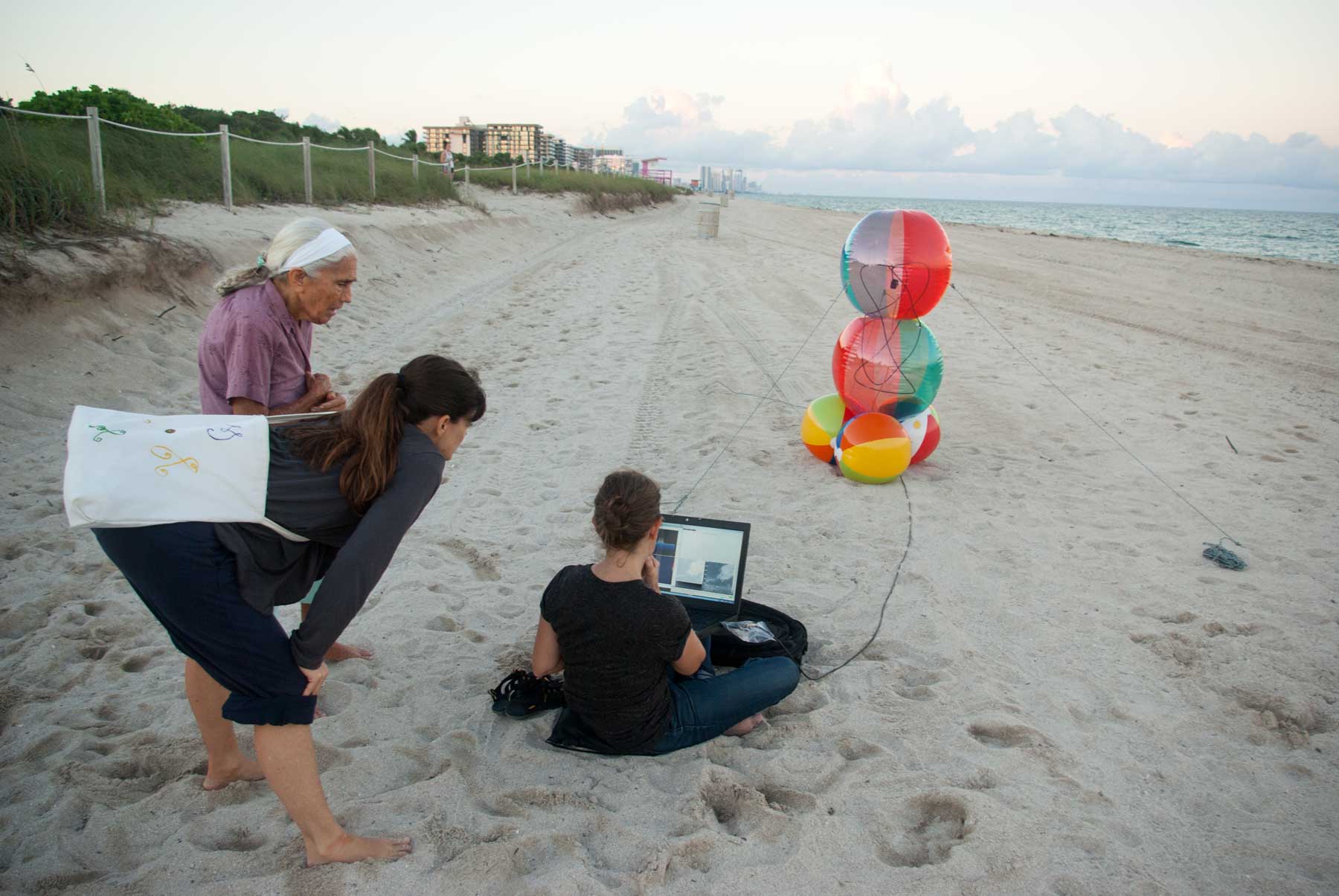 It was my first visit to Miami, and I found South Florida to be the amazing intersection for which it is well-known, where many different cultures come together. I found the overlapping presences of the floodzone and the communications infrastructure particularly compelling, and ideas centering around these factors influenced the beachball antennas project I developed there as a resident artist.

I stayed at Art Center South Florida’s downtown location, and looked into the particulars of the neighborhood. I found the studio location quite close to the shoreline but just high enough in elevation to be above predicted floodzones. On flood maps (like one shown below) the studio neighborhood is likely to be on the edge of a new peninsula formed by the encroaching sea level rise. In looking at other maps of Miami, it becomes clear that Miami is a major communications-infrastructure artery between North and South America. Maps of telecommunications cables under the sea indicate Southern Florida as the hub connecting the continents.

A close neighbor of my studio residency, perhaps because of the relatively high elevation and close proximity to the shore where cables and pipelines likely surface, is the Network Access Point (NAP) of the Americas, run by Verizon Terremark. According to Terremark NAP of the Americas Data Sheet:

The NAP of the Americas in Miami, Florida, is one of the largest and most connected datacenters in the world. The Tier-IV facility was the first purpose-built, carrier-neutral Network Access Point and brings together massive and diverse connectivity from more than 160 carriers with some of the world’s largest and most demanding websites. Miami is ranked as one of the top five most connected cities in the world…and the only city in the country where optical, ethernet, voice and Internet traffic are handed off in one location: the NAP of the Americas.

I desired to address this shifting ground, the intersection of land and sea of the beach, and Miami’s key role in data information transfer worldwide. The do-it-yourself ad-hoc approach of customizing water toys for intercepting transmissions directly from orbiting weather instruments from the beach seemed just right.

Two publications document this project. “Beach Ball Antennas Project: Experimenting with ham radio can be an art form,” was published in QST magazine, in March of 2017. The article describes antenna design and construction details and can be read here. A selection of images received using the beachball antennas became Southern Florida Beachball Antenna Archive, which can be seen here.

THANK YOU to Art Center South Florida and Cannonball for making this project possible.