Remote Magnetometer will be announced in early 2023.

Scientific instruments such as the magnetometer on the NOAA satellite GOES-16 monitor the energy of the sun interacting with the Earth’s magnetosphere, which protects the Earth from the Sun’s deadly radiation. The data from the satellite will be directed to RM through an existing self-built satellite transmission receiving station project, Here GOES Radiotelescope, installed long-term at Wave Farm, in Acra, NY. Here GOES Radiotelescope receives all of the data from the satellite GOES-16 including images of the Earth and Sun, and other data monitoring the condition of the spacecraft and its environment, including ‘space weather’.

NASA/NOAA documentation of the actual magnetometer scientific instrument are the basis for RM, roughly at actual scale, including its extension boom attaching it to the spacecraft. Like the magnetometer extending from the spacecraft, RM will extend from a fixed point (ceiling or beam) and have cylindrical sections which separate and extend for operation in line for a minimum of 10 ft and up to a ~27 foot length, with cabling stretched between the cylinders. The cylinders, the cabling, and the space between and around the cylinders as an arena for the expression of the magnetometer data, evoking the presence of the magnetic field in the area around the satellite, inspired by the visual effect of the auroras we can see at the Earth’s poles, which are created by the same phenomena.

The satellites we place in Earth’s orbit are in essence our robot avatars—we experience alien, deadly, distant orbital space through their sensor-based eyes, ears, and skin. This project is intended to convey the reality and activity of a particular sensor instrument aboard an operational satellite to have a way of directly sensing-by-proxy what it detects: the energy of the Sun and its interaction with the Earth’s protective magnetosphere. The project mission is to inspire an appreciation for infrastructure systems we rely on and the protective nature of Earth as a whole for life.

SOUND SCENE: How does this work relate to the theme this year: “After The End”? Please use this question to address the theme specifically.

I imagine that after some kind of catastrophic failure to the power system here on earth the satellites in Earth’s orbit would continue operating in a ghost fashion for some time. Might there be DIY ways of receiving satellite data after some kind of catastrophe removes our usual ability to operate them? How in the future would such radio reception be understood and used? Maybe Remote Magnetometer is an artifact from such a future, connected to an intrepid still-working independent space robot. 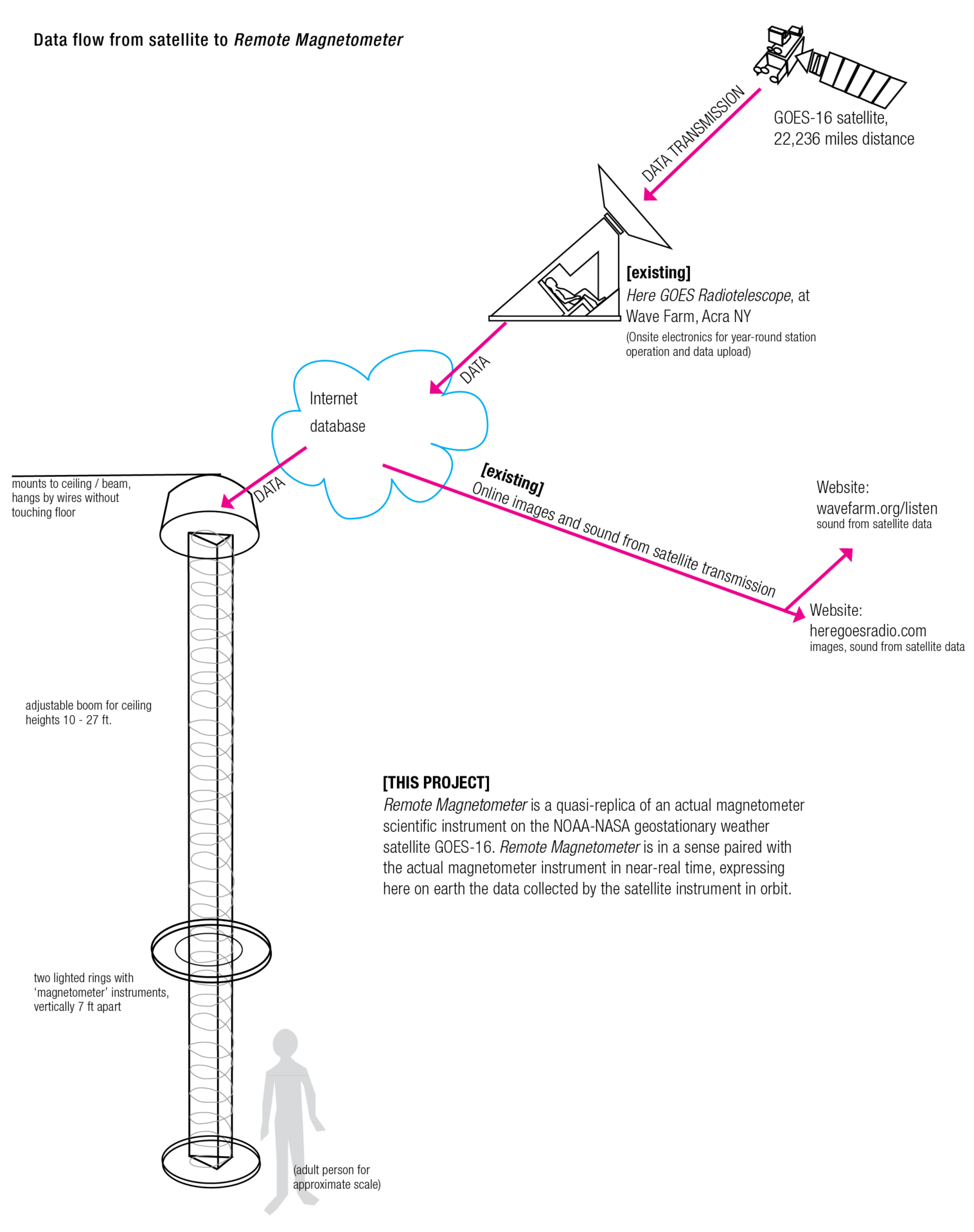 Remote Magnetometer is made possible, in part, by the New York State Council on the Arts with the support of the Office of the Governor and the New York State Legislature through a Support for Artists Grant, fiscally sponsored by Wave Farm.